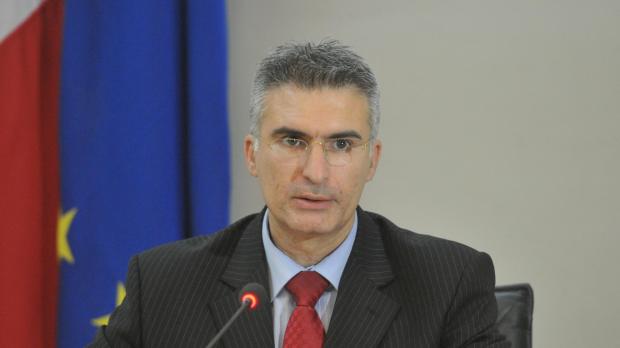 There are a million things politicians do not see eye to eye on. But when it comes to the well-being of our children, this is a topic that unites us all.

As a father, I work in the best interests of my children.

As a minister, I am part of a government which attaches great importance to protecting the best interests of children.

When we hear of children being reported missing or, worse still, abducted, we are rightly alarmed. Each year in the EU, about 250,000 children are reported abducted or missing.

Compared to other countries, Malta’s numbers are small, but that should not stop us from strengthening and improving the systems already in place.

We have decided to team up with the European child rescue alert platform provided by Amber Alert Europe to be in a position to make use of a structured, efficient and rapid arrangement to make the public aware when the life of an abducted or missing child is feared to be in imminent danger.

At the same time, it will allow us to increase police cooperation in this area on an international level. This not-for-profit organisation has spearheaded many initiatives in this field and, in the coming months, while holding the presidency of the Council of the European Union, we will launch this cooperation officially. Work has already started and preparatory meetings have been held.

In the last days, I met the president of Amber Alert Europe, Frank Hoen, and the coordinator of the police expert network for Amber Alert Europe, Charlie Hedges. They were in Malta for discussions and to exchange best practices with the police. I was pleased they remarked that Malta has an excellent police force and that they will be able to quickly reach out to the public and inform them when a child is in imminent danger.

We know from the experience of other countries that this will save children. When the police identify a child as being in serious danger, this system will allow them to reach out to the public without delay. At the push of a button, the whole population will be warned to be on the lookout.

What we know from international statistics is that 76 per cent of children are killed within three hours of abduction. Time is of the essence. The public will, therefore, be in a better position to assist the police so that a missing child, in imminent peril, is found as quickly as possible.

In the coming months, the police will be bolstering their existing partnerships within the community to be in a position to further disseminate information that will enable them to effectively get the message across to the public in case of an alert.

Allow me to give some advice to all parents and grandparents reading this: make sure the social media are used responsibly. Be careful what details you provide about children, because you can’t be sure how such information is seen, used or abused.

Always be smart online, for the safety and security of yourselves and of your loved ones.

We are keen to become, during the first half of 2017, part of this European child rescue alert, with systems established to enable us to network with other EU member states.

Working across borders is vital. For instance, in April last year, the Polish police issued a child alert for a 10-year-old girl from Szczecin, close to the German border. The Polish police cooperated closely with their German counterparts, who found the girl safe and well in Germany.

Ensuring children’s well-being and protection from harm has been and will always be an intrinsic part of the Maltese people’s core values. The issue of abducted or missing children has always been given the utmost priority by our police force, and this makes us proud. We will not, however, rest on our laurels. In the best interest of our children, we are eager to go as far and as fast as we can.